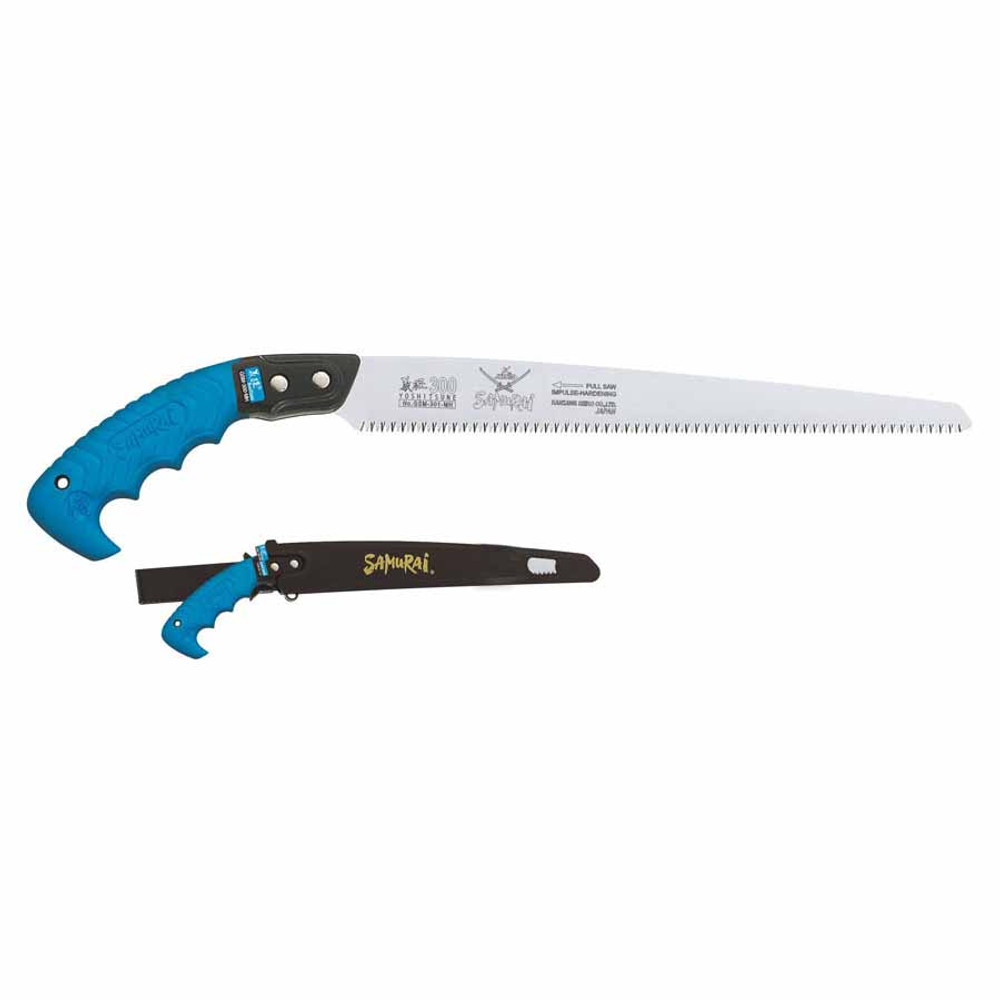 The 8-1/4" GSM-210-MH Challenge series saws are widely used in fine pruning of small hardwood branches in tight structures.
Some professionals even prefer this saw over their hand pruners for making precision cuts in tight spots.

IMPULSE HARDENED TEETH
The blades are subjected to precision controlled electronic impulses which heat and harden only the cutting edge of each individual tooth, making sure the razor sharp cutting edge stays sharp cut after cut. This hardening process makes Samurai blades last three times longer than a conventional blade.

ERGONOMIC HANDLES
The computer designed handles are based on human engineering principles and are covered with a rubber compound to prevent slipping. The special curvature of the handles reduces the effort when cutting, making it possible to cut harder materials effortlessly. The notched end of the handles reduces the chance of dropping the saw on the pull stroke when loosely held.

Mount - Many saw blades are punched with two different mounts (hole patterns) to allow one blade to serve as a pole saw blade and at the same time a replacement blade for its respective hand saw. This "Dual" mount allows tree service professional to order just one blade for both uses."

There are no reviews yet.